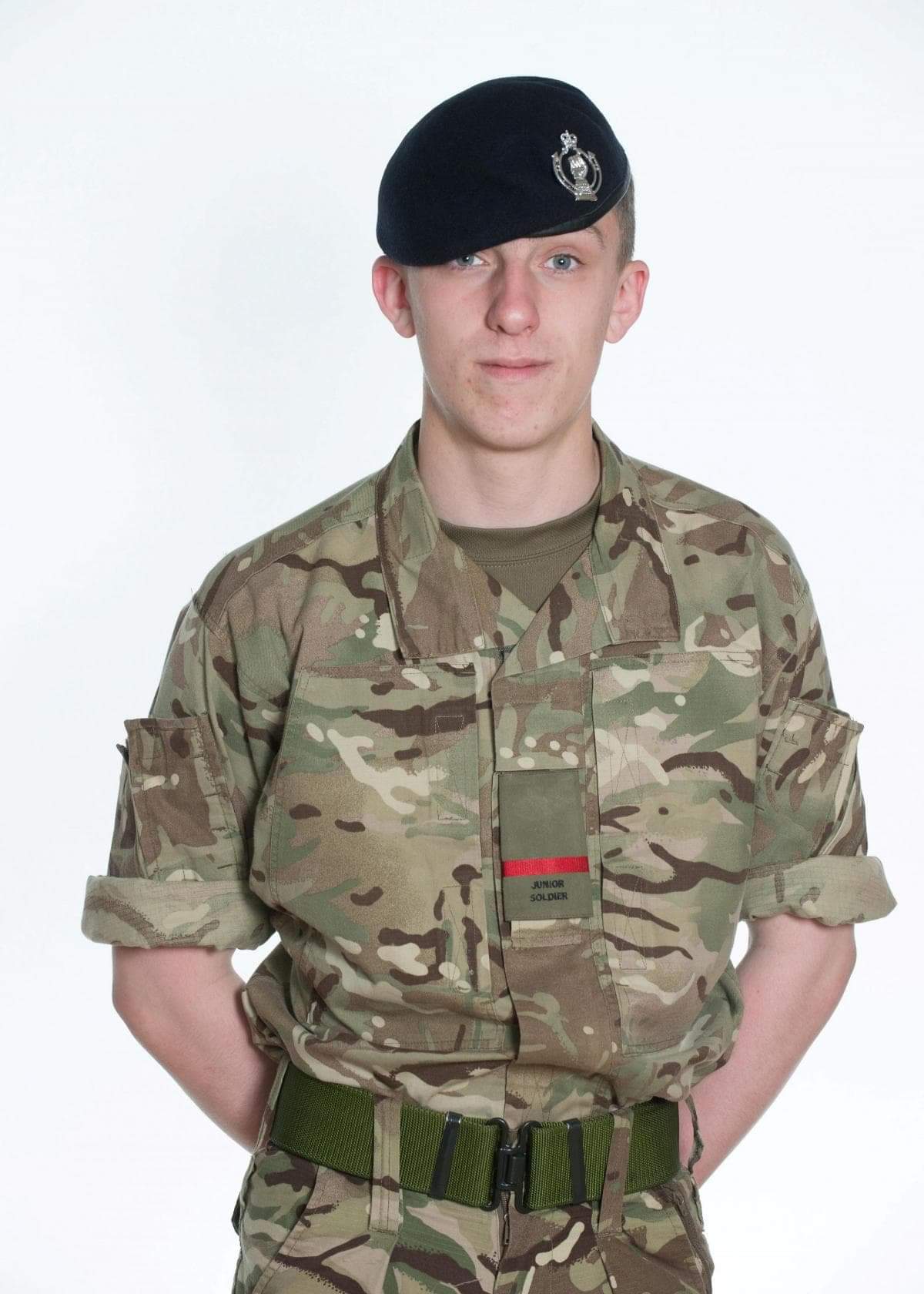 Ben was a Trooper with The Light Dragoons and had joined as a junior soldier at the tender age of 16 years. Ben went on to qualify and was then based at barracks in Catterick.

As it was just a 40 minute drive to home, Ben would travel back and forth every day even though he had a room at camp. He did this as he was part of a large and longstanding group of friends. He hated the thought that he was potentially ‘missing out’ on what was happening back at home!

Ben was a natural leader, confident, bright and popular. He loved spending time outdoors and would often convince his friends to take part in last minute plans of his choosing. He was very persuasive and used that to his full advantage much to his friends amusement and sometimes bewilderment!

In 2018 Ben suffered a decline in his Mental Health due to relationship issues. The Army were extremely supportive and Ben attended an appointment at Catterick with an army doctor to get him the help he so badly needed.

Progress was slow to start with but eventually Ben was back to being the confident and bubbly personality that his friends and family knew and loved.

Unfortunately, his heart ruled his head and he resumed an on/off relationship that was mutually unbeneficial to both parties.

Ben was soon to leave the Army, having secured a job as an Associate Trainer/Rescue Operative with a national company. The fact that Ben, aged only 20 years old, had been employed in a position of such responsibility was evidence of Ben’s natural drive to succeed in life. He had successfully passed numerous courses in his spare time and own expense to enable him to secure this role.

The knowledge of the glittering future lying ahead was sadly not enough for Ben and following a fateful encounter with his ex-partner he sadly made the decision to take his own life.

Unfortunately it is known that suicide happens every single day but you never expect it to happen to someone that is close to you. He is missed by so many and life as his family and friends knew it stopped the day they lost Ben.

His family made a promise that he would never be forgotten and after many hours of discussion decided that they wanted to do everything in their power to help people struggling with their mental health. They wanted to create a lasting legacy in Ben’s memory and so #spare10forben was born.

Spare 10 for Ben’s ultimate aim is to provide a friendly face and a listening ear to those struggling with their mental health. They want to reassure people that they are not alone in their fight and that suicide is never the solution.

They believe that everyone is capable of having a conversation regarding suicide and that this vital interaction might just help save another family from going through the ordeal they endured.

You can find out more about Spare 10 for Ben here: www.spare10forben.co.uk