What is The Big Brew all about?

During 2016, 5,965 people died as a result of suicide. They are fathers and mothers, sons and daughters, friends and colleagues. Many could have been helped if only the stigma of mental health hadn’t prevented them from sharing their feelings.

Offering emotional support and understanding to someone who feels like they can’t go on can have a hugely positive effect. If people feel they can ask for help and find it when they need it, then many more suicides could be prevented.

The campaign encourages people to get involved and have a cuppa, or a ‘Big Brew’, with a friend, colleague or relative and take time to ask how the other person is feeling. So, if you have family, friends or colleagues who may be suffering in silence, getting together over a cuppa is a great way to reach out to them.

There are three simple steps are simple to get involved with the Big Brew campaign: 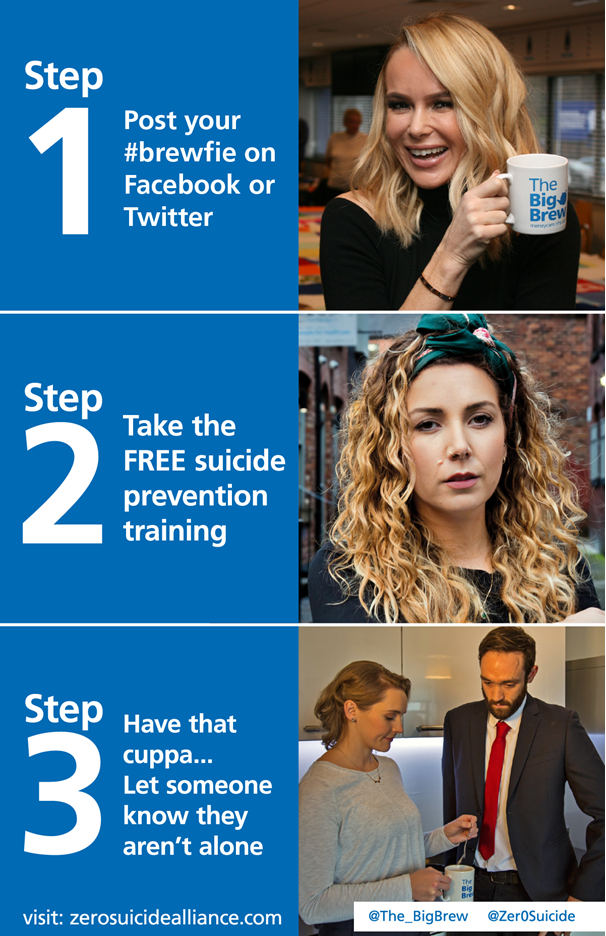 No-one likes to talk about it, but that’s why people who are in need of help, don’t ask. So they try to just manage, and attempt to live their life as ‘normal’. Until one day. It all becomes too much...

That’s where we can all do something.

For all of the resources to host your own Big Brew event and to get involved, please visit the Merseycare website.

Just think… YOU could just save somebody’s life, and all it may cost you is the price of a cuppa.